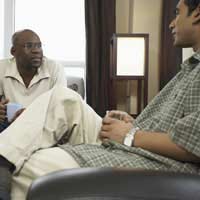 The addition to the statute books of laws granting civil partners equal rights and responsibilities in the field of taxation were given a warm welcome by those who had campaigned for the financial rights of gay couples. Under the new laws members of a civil partnership are entitled to the same rights as those who are married; for example, one partner can pass on their estate upon death to the other, without having to pay the dreaded Inheritance Tax.

Things are not so simple, however, for co-habitees. The number of couples who are choosing marriage is falling, with many preferring not to formalise their partnership in law. However, the realisation that this choice may lead to enormous financial hardship when one of the partners dies is making many others think again about the possibility of getting married.

As things stand, co-habitees whose relationship is not recognised in law are not entitled to the vital Inheritance Tax exemption enjoyed by those in marriage, and now by those in civil partnerships.

For the latter two groups, one partner can stipulate in their will that their entire estate should be passed directly to the other partner when they die; indeed, this is likely to be the case even if the individual dies intestate, as a result of British intestacy laws. This ‘gift’ from one partner to the other is not eligible for taxation in the way that property or assets bequeathed to anyone else is. Consequently, those who pass their estate directly to their partners avoid the possibility of having to pay 40% Inheritance Tax, which is currently (in the 2006-2007 tax year) deducted from estates worth more than £285,000 (the Nil-Rate Band).

Co-habiting couples, however, are not entitled to this exemption. As a result, if each partner were to bequeath their estate to the other in their will, the surviving partner may well find themselves with a huge tax bill. Indeed, there have been numerous cases of surviving partners being forced out of their home as a result of their inability to pay the Inheritance Tax. If the value of an individual’s estate falls below the Nil-Rate Band, then Inheritance Tax is not applicable in any circumstance. Rising property prices has meant, however, that as many as quarter of a million co-habiting couples in the UK now face the possibility of losing at least £114,000 when the first partner dies.

Many of those who are living together without having married are simply doing so because they have not got around to tying the knot. If you are in this situation, many campaign groups are advising that a simple trip to the registry office may be the best way of avoiding the tax burden. However, you may also wish to investigate Discretionary Wills. These arrangements involve the transfer of the deceased partner’s estate to a trust, the contents of which is then loaned to the remaining partner. This can avoid Inheritance Tax altogether for combined estates of up to twice the Nil-Rate Band, and can dramatically reduce it for estates of a greater value than this. Discretionary Wills are investigated in more detail elsewhere on this site.

Terminal Illness Benefits
Share Your Story, Join the Discussion or Seek Advice..
If a person dies intestate without any known assets and no furniture or other belongings of any value and with onlu one surviving relative - a niece- can that niece be held liable for any charges which a Housing Association might wish to make for clearing the rented property in which the deceased last lived?
Sam - 6-Aug-11 @ 9:05 AM
Title:
(never shown)
Firstname:
(never shown)
Surname:
(never shown)
Email:
(never shown)
Nickname:
(shown)
Comment:
Validate: