What the Civil Partnerships Act Does 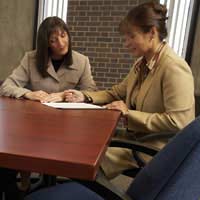 On 5th December 2005 the Civil Partnership Act (2004) came into force across the UK. This Act has proved to be revolutionary in a huge number of fields; previous to this piece of legislation, same-sex couples had no way of gaining legal recognition of their relationship. As a result, many faced the very real possibility of, for example, being forced to leave their home after the death of their partner, as same-sex couples were not given provision under inheritance laws.

The Civil Partnership Act has given same-sex couples identical rights to those conferred by marriage. Those who enter into a partnership are known as 'civil partners'. There is also a process by which civil partnerships can be 'dissolved', which is essentially the same as a divorce.

Importantly, this piece of legislation has meant that same-sex couples are given much fairer treatment with regard to inheritance, pensions and tax. The field of inheritance and succession has arguably seen some of the greatest changes as a result of the Civil Partnership Act, and these changes are likely to have an impact on civil partners' choices when writing a will.

Under the legislation, when a married individual dies, their entire estate passes automatically to their spouse, unless another course of action is specified in the individual's will. This means that, if they were to die intestate (that is, without a will) there would be no question of the surviving spouse being forced from the family home. As a result of the Civil Partnership Act, however, this provision has been extended to civil partners. As a result, civil partners who die intestate no longer run the risk of leaving their other half homeless.

It is also important to note that the rules regarding Inheritance Tax have also been extended to cover those in a civil partnership. This means that any asset which is passed from an individual to their civil partner in a will is exempt from any Inheritance Tax. This is another great improvement for same-sex couples, many of whom found themselves with huge tax bills after the death of their partner, many of which were large enough to force them into the sale of their homes; indeed, this is still the case for heterosexual co-habitees.

There are further benefits for those engaged in civil partnerships. One of the most major of these is the extension of access to life insurance payouts. Thus, when one civil partner dies and is covered by a life insurance policy, under the new legislation, the automatic beneficiary will be the other partner. Similarly, civil service and private pension schemes will now pay survivor benefits to civil partners of those who have contributed to these funds, in the same way that they do to widowers. It should be noted, however, that this is only applicable to benefits which have been built up since 6 April 1988.

Finally, you should remember that the extension of inheritance laws also meant the extension of Inheritance Tax. Thus, if an individual inherits their civil partner's entire estate on their death, and the estate's value is greater than the Nil-Rate Band threshold (currently £285,000), they will be liable to pay Inheritance Tax on the remainder. If this applies to you, you may find it useful to look at the articles regarding Discretionary Trusts and inheritance planning elsewhere on this site.