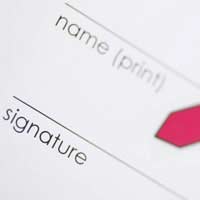 It does not seem entirely ridiculous to assume that the process of writing a will and the laws of succession and intestacy, would be the same or at least similar in both England and Scotland. However, this is not the case; on the contrary, succession laws north of the border are fundamentally different to those found in England.

In the first instance, it will be useful to understand some basic terms which apply to Scottish succession laws but which are not as frequently used when looking at the English version. The first of these is ‘moveable estate’. This means any portion of the estate which is not land or buildings; this could be money, shares, jewellery, cars etc. The remainder (any land or buildings) is known as the ‘heritable estate’.

Prior and Legal Rights

When an individual dies in England intestate (that is, without having left a will), the laws of intestacy succession state that the entire estate will automatically pass first to the surviving spouse.

In Scotland, however, the spouse has what is known as ‘prior rights’ to a portion of the estate, but they do not automatically inherit it all. If the deceased individual is survived by a spouse and children, the spouse will inherit property up to a maximum value of £300,000; furniture up to a value of £24,000; and a legacy up to a value of £42,000.

After this, the ‘legal rights’ of three parties to the moveable estate of the deceased are exercised. Under these rules, one third of this portion of the estate is given to the surviving spouse; one third to the children; and one third is transferred to what is known as the ‘free estate’, a term which describes the remainder of the estate after debts, prior rights and legal rights. The closest equivalent in English succession law is known as the ‘residual estate’. The free estate is divided equally between the children of the deceased.

If the deceased individual was survived by a spouse but no children, then the spouse will have prior rights to £300,000 of property; £24,000 of furnishings; and a £75,000 legacy. After this, the legal rights to the moveable estate mean that 50% goes to the spouse and the remainder to the free estate. The free estate is then divided up equally between parents and brothers and sisters or, if they are not alive, equally between brothers and sisters or, if there are none, wholly to the parents. If none of these apply, then the entire free estate goes to the spouse.

In England, a will is seen as a safeguard for the intentions of the testator (the individual who has made the will). In Scotland, however, succession law states that the wishes expressed in a will are not definitive. If the deceased individual has left a will, then the prior rights listed above are not applicable. However, the legal rights are maintained, even if they are not compliant with the directions given in the will. In this way, a child or spouse who is not a beneficiary of the will can still exercise their legal rights in order to benefit from the estate.

It should be noted, however, that they cannot do both; if they choose to exercise their legal right but they are also named in the will then they will be discounted as a beneficiary in the document, and vice versa.

Preparing Your Will in Scotland