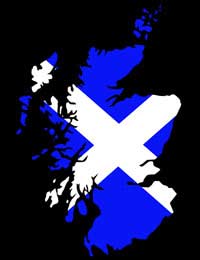 The laws regarding wills, intestacy and probate have been developed over the course of several hundred years, and are not frequently subject to major change – although the potential exception to this could be Inheritance Tax (IHT), if those campaigning against the tax eventually succeed.

However, while the laws are well established, there are a number of inconsistencies between the processes that must be followed in England and Scotland. As such, there is some legal jargon particular to Scottish wills that should be clarified.

Much of the jargon used in Scottish wills is the same as that used to describe elements of the probate and succession process in England. Primary amongst these are terms like ‘testator’, meaning the individual making the will; ‘executor’, meaning the individual responsible for ensuring that the estate is disbursed correctly and that the instructions contained in the will are carried out; and ‘probate’, meaning the power to deal with the affairs of the deceased, and the process by which this occurs.

There are a number of less frequently used, but equally important terms that are also found in Scottish and English wills; a ‘codicil’, for example, is an addition to a will and is effective in both Scotland and England.

Some jargon, however, generally appears only with regard to wills that are effective in Scotland. Importantly, the terms ‘moveable estate’ and ‘heritable estate’ play a major role in Scottish wills but tend not to be used to the same extent in England.

In basic terms, the heritable estate is made up of property that cannot be moved; land and property, for example, would be counted as part of the heritable estate. In contrast, therefore, the moveable estate consists of the rest of an individual’s possessions, including such things as money or jewellery.

It is important to note that the elements that make up the moveable estate need not be physical possessions; rather, such things as shares, or an interest in a business partnership, can also be counted.

It is also important to note that there are a number of terms that have different meanings or connotations in England and Scotland. The concept of ‘domiciling’ is important for wills and inheritance, but the rules regarding where an individual is judged to be domiciled are different on each side of the border.

The issue of non-domiciled taxation has become particularly important in light of recent legal developments, and so this distinction must be fully understood.

There are a number of important variations, not just in jargon, but also in the process of probate and will writing in England and Scotland. If you are a Scottish resident and considering writing a will, it is important that you do not assume that following the formula used in England will produce a valid document. Other important considerations are investigated elsewhere in this section.

Preparing Your Will in Scotland

Scottish Rights of Succession
Share Your Story, Join the Discussion or Seek Advice..
[Add a Comment]
@briso. This depends on how much the children are dependent on you/ in financial need - if this is the case and they are omitted from the Will, they could pursue it via the courts. The court would consider all the circumstances before making a decision. If you omit some children but not others, you should give your reasons for doing so - there may be a legitimate reason for this - for example where you had already given a large sum of money to one of them while you were alive etc.
TheWillExpert - 13-Jan-15 @ 10:41 AM
my children from past x are not worthy of anything i have can i leave them nothing or do thay have rights
briso - 10-Jan-15 @ 5:11 PM
There are differences between wills in Scotland and England. Your best course of action would be to get your existing will looked over by a solicitor in Scotland.
TheWillExpert - 15-Mar-11 @ 10:47 AM
I was born in England and have an English written will. I have since sold my property and moved to Isle of Islay. I now own property on Islay. I have no intention of returning to England. On my death is my will a legally recognised document in Scotland?
EL - 13-Mar-11 @ 4:36 PM
Title:
(never shown)
Firstname:
(never shown)
Surname:
(never shown)
Email:
(never shown)
Nickname:
(shown)
Comment:
Validate: