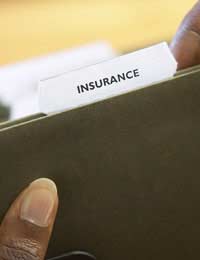 A remarkably small proportion of people in the UK currently have life insurance policies. The vast majority of the population goes through life without considering the possibility of an accident or major illness befalling them. This is of course, perfectly natural; thinking about such things is not a particularly enjoyable way of passing the time. The reality is, though, that there is a one in sixteen chance that you will suffer a serious injury or illness before the age of 65 that is severe enough to prevent you from working for at least six months – and yet only 7% of the population is in possession of critical illness cover.

Critical Illness cover is often sold as part of a package of Life Insurance. However, it is fundamentally different to a life insurance policy in that you do not have to die in order for the insurer to pay out. Rather, Critical Illness cover is based upon the principle that, were you to contract a serious illness, you may well require extra cash for practical concerns such as house modifications or extra living costs. Few people consider the possibility of disability resulting from a serious illness, but such unfortunate outcomes often occur. Critical Illness cover is designed to help alleviate some of the financial difficulties which may subsequently arise.

Taking out a Critical Illness policy is almost certainly a good idea. Living expenses for those with a disability can be very high, a problem which is compounded by the fact that you may well lose your ability to work. There are only very specific circumstances in which Critical Illness cover may be totally unnecessary; for example, if you have significant sums of money saved, or if your spouse or partner has a job which is highly-paid enough to provide for any extra living expenses or modifications. In these cases, you may well be better off looking at Income Protection policies, which will safeguard a portion of your income, were you to find yourself unable to work. These are covered in more detail elsewhere on this site.

When looking at Critical Illness insurance, you should bear in mind that the cost of your premiums will depend, in great part, on your lifestyle; if you are a smoker, for example, you can expect to see much higher premiums. Generally, most policies cover the holder for cancer, heart bypass surgery, stroke, organ transplants and heart attacks. However, if you wish to be covered for other specific illnesses you are likely to have to pay more. You should speak to individual insurers about the possibility of adding specifics to your policy.

Many insurers also incorporate Critical Illness cover into their life insurance policies, for an extra cost. This often works out cheaper than taking out two separate policies, but you should ensure that it covers all that you would look for if you were simply looking for a Critical Illness policy. Although more expensive, it may be better to take out two separate policies. Similarly, you may be encouraged to take out a joint policy in which both you and your spouse are insured. However, in many cases these policies make only one payment; that is, if both of you fall ill, only the first to do so will receive payment. Again, although more expensive, two policies may well be the best option here.