Home > Case Studies > The Importance of a Will: A Sample Case

The Importance of a Will: A Sample Case 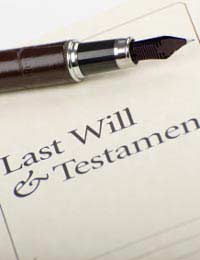 The importance of a will really cannot be overstated. It is assumed that, upon your death, you will wish for your assets to be distributed in a particular way; frequently this involves the bulk of the estate being passed to offspring or other direct descendants. However, there are plenty of circumstances in which individuals would like their assets to be passed to other people, or to a variety of beneficiaries. A will is vitally important if these wishes are to be adhered to.

This individual wished for his assets to be distributed equally between his wife, his child, and a friend. The total value of his estate was £412,000, putting it exactly £100,000 above the inheritance tax threshold.

The individual made a will that outlined his wishes. It gave details of his funeral wishes and so on, even though his wife was aware of these. Perhaps more pertinently, it also made provision for the mitigation of the inheritance tax bill that would arise. As it stood, his beneficiaries would have to pay 40 per cent of the value above the current inheritance tax threshold of £312,000; this would leave them with a bill of £40,000.

After seeking advice from a solicitor, the individual made arrangements in his will for the establishment of trusts. These served a dual purpose; in the first instance they distanced the assets from the individual and therefore relieved them of the IHT burden. However, the arrangements also ensured that a lengthy probate process was not necessary, and the beneficiaries could therefore receive the money promptly.

Now imagine that the same individual died intestate – that is, they died without making a will. In the first instance, the friend and daughter would not receive any money. Rather, the estate would probably pass straight to the wife, although an application for rights of administration could be necessary prior to this. It would then be up to the wife to decide how to deal with the money, leaving to the possibility that the deceased individual's wishes would not be adhered to.

Also important are the tax implications of this intestacy. Transfers of assets between spouses are exempt from Inheritance Tax (IHX), so no bill would arise at that point. However, if the wife were to die soon after her husband, her beneficiaries (presumably the child) would be landed with the entire IHT bill, reducing their inheritance by a massive £40,000.

As can be seen, the implications of not making a will are potentially huge. Intestacy can lead to lengthy, unpleasant legal proceedings, which no-one would wish to face immediately after the death of a loved one. Furthermore, the financial damage caused by intestacy can easily run to tens of thousands of pounds.

The good news is that writing a will is a simple process. You may wish to seek advice from a solicitor, particularly if you are establishing a trust, but you should remember that the law attempts to make the act of writing a will easy and accessible to all – but with huge potential benefits.