Home > Ask Our Experts > Are Verbal Changes to a Will Valid?

Are Verbal Changes to a Will Valid? 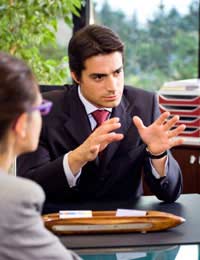 My parents made a Will in a lawyer's office, two years ago and in it, they asked to be cremated. They were leaving all their material possessions to their only child, myself. They have since changed their mind and want burial.

Together we made preplanned arrangements. They have not changed their Will. Does that make the Will Void or at their death will the Will stand?

Having written a will, it is important that it is kept up to date. Circumstances change, and this document should reflect these changes. This is normally done either through the writing of an entirely new will, or through the use of a codicil, which acts as an alteration of the existing testament.

You have mentioned that you have made preplanned funeral arrangements with your parents. This would certainly make the verbal alterations more easily enforceable, as intent on your parents' part can be easily established. That said, although I am obviously not familiar with your personal situation, I am confused as to why you would not wish to make the alteration in written form. Attaching a codicil to the will is very easy. This will ensure that your parents' wishes are adhered to, and will minimise the possibility of the will being challenged – which can, as you can imagine, be traumatic for relatives. As such, you should seriously consider making a written alteration, if only for peace of mind.

As for the rest of the will, a challenge to one element, such as funeral arrangements, will not necessarily render the remainder invalid. If the original will is well formed then there should be no difficulty with enforcement; as long as it was well worded and the signatures were properly witnessed, the original document will stand as valid.

Can I Set up Another Trust?
Share Your Story, Join the Discussion or Seek Advice..
[Add a Comment]
I am the executor to an elderly cousin will who recently passed away. I have found his will which was made in 1994 leaving everything to his parents who have long since passed away. He was never married and has no children or siblings. All his aunts and uncles have passed away so his estate will go to his surviving cousins of who all bar a couple have had no contact with him for many years. I have been told by the one cousin who he did see regulary, who will inherit, that he wanted everything to go to me. I have also been told this by one of his friends. Do I have any grounds to contest the will ?
TW - 4-Jan-20 @ 9:23 PM
My Mom passed away she had a will made in 2012 though since has wanted to make changes she told me and my sistee (whom is executer of the will) she told my aunt (whom is her sister) and she told my cousin ( whom is daughter to aunt) and she told a few others so all these people know what she wanted changed and why she placed certain things as TOD to my sister ( which was to avoid probate court ) my Mom died before she could make the verbal changes and I'm worried my Sister isn't going to honor my Mom's wishes
Robin - 27-Jul-19 @ 7:57 PM
My Wife Grandparents passed away last year, Grandmother in October, then Grandfather in December. A will was made back in 2004 and was altered in 2007. She had always been told that the House was to be sold and the proceeds split between the grandchildren. We have just received a letter from the solicitors in Glasgow stating that her grandfather wanted to change the will again but he died before it was put in writing. Does the existing will continue or does the letter from the solicitors that states that her grandfathers brother get all of the assets and the house? Can this be contested as we think his state of mind at the time, having just lost his wife of over 60 years was not in a fit state?
Stuart Anderson - 19-Jan-18 @ 6:12 PM
@Charl. You will have to ask a solicitor to investigate this for you. A copy of the Will will be available (at the Probate Records office) to help with the investigation.
TheWillExpert - 27-Jul-15 @ 2:31 PM
i would like to ask you a question about my fathers will my father died in 2002 leaving a will that left the home to me it was to be sold for 5 years after his death my aunt was the executor to the will. as far as I can find out my aunt moved the will to her own solicitor.the house was sold in 2002 the same year as my father died.even though the will stated it was not to be sold for 5 years after his death.is this legal the house was sold for £650 thousand pounds after all the deaths were paid there was £545 thousand left for me. I never got a penny of it. what can I do I live in irelandcharl
charl - 25-Jul-15 @ 3:20 PM
Mums will States all heritable and moveable assets to be split equally between sister + myself. Nephew (sisters son) stays with mum does he have sitting tenants rights or will he have to vacate house so it can be sold. He is not mentioned in the will. Only as per stripes
Brodiangel - 12-Feb-15 @ 8:22 AM
Title:
(never shown)
Firstname:
(never shown)
Surname:
(never shown)
Email:
(never shown)
Nickname:
(shown)
Comment:
Validate: