Home > Ask Our Experts > Where Can I Find a Revoked Will?

Where Can I Find a Revoked Will? 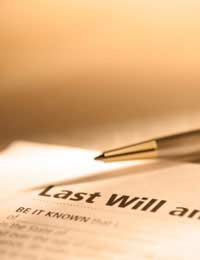 Is there a legal body that keeps all copies of revoked wills?

It is sometimes the case that an individual will change their mind about their intentions and wishes for the treatment of their affairs after their death. This could happen for a number of reasons; personal or family circumstances may change, or the individual might simply decide that they want something different to happen. Of course, the purpose of a will is to ensure that these wishes are known and adhered to. However, if the wishes of the testator (that is, the individual making the will) change, then it is important that the new will reflects this.

Frequently, changes to a will are minimal; they might involve a minor alteration to inheritance, for example. In these cases, a codicil is used; this is a document that is attached to the existing will, outlining any changes that the testator wishes to make. This is most suitable when additions are being made, although codicils are perfectly acceptable if you wish to revoke a part of your will.

In some cases, however, it may be necessary to revoke an entire will. This might be the case when your circumstances or wishes change to such a degree that a codicil is insufficient or impractical. In these cases, you should revoke the original will entirely and create a new will. The process of revoking a will should answer the question of whether or not there is a 'directory' in which previously revoked wills are filed. When a will is revoked, most solicitors will encourage you to destroy it completely. Wills are frequently stored in the office of the solicitor that helped draft it; this ensures that the executors will know where to find it after the testator's death.

However, it is important that more than one will does not exist simultaneously, particularly if few people are aware of the writing of the second will. Clearly, the existence of two wills could create potentially damaging confusion; if the older will is found first, and without the executor being aware of the existence of the second, then the wills of the testator may not be adhered to. For this reason, there is no reliable legal body that keeps hold of wills that have been previously revoked.

Can I Set up Another Trust?
Share Your Story, Join the Discussion or Seek Advice..
Just read above story. I have a very similar one which is only just happening. Just discovered that my uncle, who had no immediate family other than my sister and I , revoked all wills prior to his death, four and half weeks before. It appears that a new will was made and a lady friend whom he known as a companion for a few years has received a substantial pledge of money and the proceeds of his residue over family. No marriage here, but she knew he was riddled with cancer and Parkinson's and at 86 years of age, was an easy target. Now, I'm struggling to accept that I was cut out of the new will even though I'm one of two of his only family. Everything was deliberately hush hushed so it's too late for me to use a caveat sighing probate. Crafty, the cold will might have been destroyed I'd suspect. Sorry for anyone that succumbs to tricksters like this and the proceeds of my uncle's estate have gone to a relatively new friend and her family. How can this be right?
Wends - 4-Apr-16 @ 6:11 PM
Hi,my mum wrote a will, asking for me to be the executor in1992. My mum had had a stroke in 1987 aged 49, when I was 14. She (to my knowledge) left her former council house to my sister and I. Leaving also ( according to her) 2,000 to each of her 6 grandchildren. Mum met mike in November 2014. By April 2015 she was staying at Mikes 90% of that time. Mike noted that he had asked my mum to marry him, that he wanted an arrangement drawing up that would enable either partner to reside in either of each partners property should either of them die. My mum remained at mikes house until she was diagnosed with cancer. It was decided by Mike that they would now reside at my mums home and he subsequently moved into her house. Allowing for his own son to move into his vacant property. On the basis of the diagnosis the wedding was also moved forward by 9 months. Mum mum continues do to live for a further 11 months. 2 months before she died, her original will was changed and meant that Mike could live in our mothers property indefinitely without charge. The am mounts attributed to her grandchildren had halved. My concern was the observed controlling, manipulative and coercive behaviour of her new partner. 8 weeks prior to her death her will had been changed, Mike had presented with suspicious behaviour prior to their marriage, noting that the registrar had seen the frail position of my mother and therefore did not interview them separately. My mother had also disclosed to family members her disappointment at Mikes controlling manner. She subsequently died as a result of of a fall. All finances have been collected by Mike and information has been presented to me as I have allowed Mike to undertake the majority of the leg work. I am concerned about the coercion that I believe existed in the relationship and the outcome of the will, that has led to the grandchildren losing half of their original monies. Can this will be challenged and what else can be done. Am I also entitled to see her joint account with Mike as I've only seen amounts that Mike has drawn up from her previous current accounts. I am a joint executor of the will, with Mike. Please help.
Ted - 10-Jan-16 @ 7:15 PM
Title:
(never shown)
Firstname:
(never shown)
Surname:
(never shown)
Email:
(never shown)
Nickname:
(shown)
Comment:
Validate: