How Do I Set up a Trust 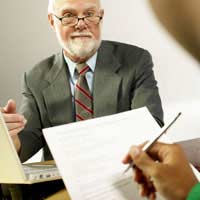 Individuals may have a variety of reasons for creating a trust. This legal instrument can serve a variety of purposes but in the field of inheritance and will writing, a trust is generally used for two main purposes. In the first instance, it may be that the creator wishes to distance themselves legally from a portion of their assets, either in order to protect them from creditors or to minimise their tax liabilities. Just as likely is that they wish to bequeath assets to another individual or charity, and wish for a person of their choice to carry out the disbursement of those assets after their death. Details of the potential purposes of a trust are given in articles elsewhere on this site.

The actual creation of a trust is very simple, but it is important that it is carried out in a legally acceptable way in order to avoid complications in the future. To begin with, it may be useful to know the basic terminology associated with a trust. The creator of the agreement (indeed, this is generally all that a trust is; it tends to involve nothing more tangible than, perhaps, a bank account) is known as the ‘settlor’; the individual charged with disbursing the assets is known as the ‘trustee’, and the person or organisation to whose intended benefit the trust was created is known as the ‘beneficiary’. In setting up a trust, the settlor is said to have ‘appointed’ the assets to the beneficiary.

In most cases, a trust is formed by the creation of a ‘trust document’ (also sometimes known, confusingly, as an ‘appointment’); this can be as simple as a line of text outlining the intentions of the settlor, and signed by them and the trustee. In many cases, the trust document and the settlor’s will are one and the same. Similarly, a court order is sometimes used as a trust document in cases in which, for example, a family court has instructed that an individual should take a certain course of action.

In almost every case, a trust is only legally formed until action has been taken to ‘constitute’ it as a legal entity. UK law stipulates that what is known as the ‘three certainties’ must be satisfied: there must be definite evidence of the settlor’s wish to form a trust; there must be a clear identification of the object of the trust (that is, the asset which is to be transferred from settlor to trustee); and there must be a clear identification of the intended beneficiary.

In the case of trusts formed as part of a will, a section of the law gives specific guidance as to how the trust document should be formed. In these cases, all documents should be signed by the settlor and two witnesses, although another person may sign on the settlor’s behalf if they are incapable of doing so themselves. It should be noted, however, that the settlor must be deemed to be mentally capable; otherwise the trust will be void.

Trusts which are not part of a will but concern the transfer of “land or any interest therein” must have written evidence; the trust document itself does not have to be written, but rather there must be definite written proof of the settlor’s intention to create the trust. In this way, these trusts could be constituted by an oral agreement, but this is never recommended. In these, and indeed all cases, the advice of a legal professional should be sought before continuing.